Walkup to watch trending movie on cinema Judge Singh LLB. Yes! Folks Ravinder Grewal’s movie has been released this Friday and retrieving an ultimate response from an audience. The Drama and suspense in the movie will not give you a chance to leave your seats. Let’s read in glance about the movie.

The story starts with a murder of MLA daughter and the false case has been lodged on an innocent guy which later Judge Singh LLB decides to handle who never had any experience fighting the case in court but take it as a challenge for free in very comedic form. The drama and suspense continued when Ravinder Grewal and Surbhi Mahendru fall in love. How Judge Singh LLB fight the case and with whom he married? Bring your family to watch a movie and you will end up laughing hard. 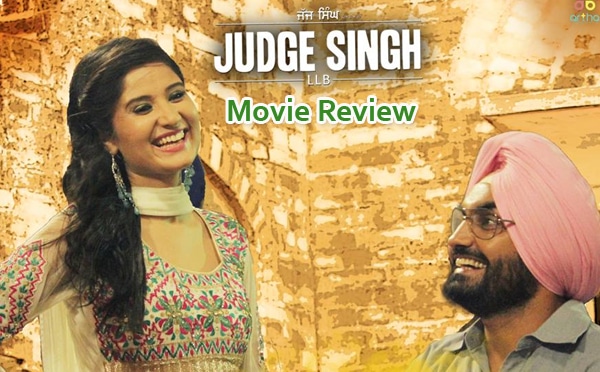 The character of the Judge Singh performed by Ravinder which actually suits him a lot and nowhere in the film his acting chart fallen down. He was looking real and cool in the movie. BN Sharma, Chandan Prabhakar, and Sardar Sohi did a fantastic job by entertaining an audience on several occasions in the movie. The young looking beautiful actress Surbhi turns Judge Singh in her love.

Music of the movie has gone viral on social media when a trailer of the film has launched. At somehow movie’s music managed to hit the mind of the audience.

A budget of the movie does not affect it all where scenes have been shot mainly in villages and court. However, director of the movie lacks behind to manage comedy and seriousness in the film but still fans of Punjabi movies liking the film. The combination of a son(Judge Singh LLB) and father(BN Sharma) acting managed to get humor on the faces of a public in cinemas. So, guys please don’t forget to watch movie this weekend with your friends and family