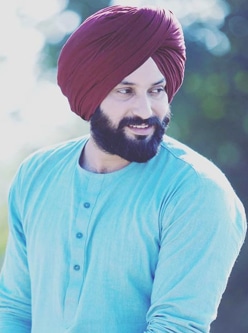 Jobanpreet Singh is a budding film star of the pollywood film industry. He was born on 14th November 1992 in the house of Tarlochan singh and Balbir Kaur in the Kuhli Kalan village, Ludhiana. His recent appearances have been in high profile Hollywood, Bollywood and Pollywood films such as The Black Prince, Dangal, Rupinder Gandhi – 2 and Kande. He will also be seen in a brief but very important role in the upcoming Hollywood film barefoot warriors. He made his debut as a lead actor in the movie Saak.