You will watch very soon a 3D Animated film GURU DA BANDA depicting the glorious exploits of legendary Sikh Hero who founded the first Sikh Raj after defeating the Mughal Empire. We can also see the poster of the upcoming Punjabi movie “Guru Da Banda”. The Sikh hero Baba Banda Singh being seen on a horse, in a very bravery pose with sword in his right hand and flag of Sikhism with him. As we all know Baba Banda Singh Bahadur was a disciple of Guru Gobind Singh, who gave him the new of Banda Singh Bahadur after initiating him into the Khalsa. Armed with the blessing of Guru Gobind Singh, he assembled a fighting force and led the struggle against Mughal Empire. 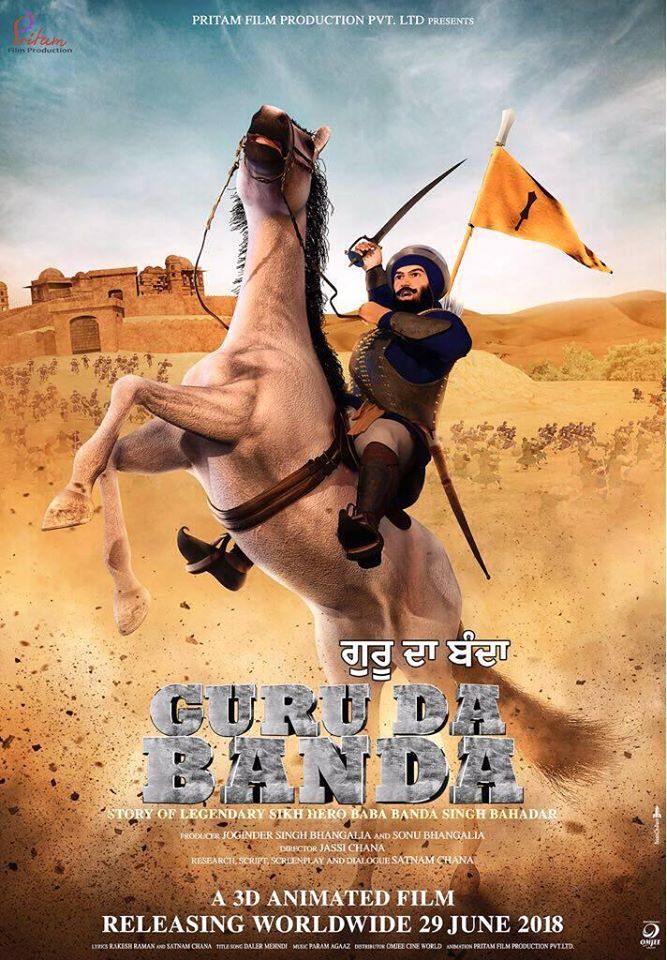 The sequal of Punjabi movie Chaar Sahibzaade,Rise of Banda Singh Bahadur not only entertains, it also enlightens. There are movies aplenty, but very few remain etched in your memory and possess recall value. Chaar Sahibzaade – Rise of Banda Singh Bahadur is one of those films. Indisputably and undeniably, these type of historic movies are worth the price of the ticket and more. Go watch the acts of bravery of Sikhs of 17th and 18th century and enlighten your kids. A must watch for all age groups!