This Friday an animated film ‘Guru Da Banda’ was released and hit the screen very successfully. The movie is in Punjabi language and work was done in it is also up to the mark to make its audience emotional and imagining the bravery of Great Sikh Warrior ‘Baba Banda Singh Bahadur’. Joginder Singh Bhangalia and Sonu Bhangalia’s produced movie is successful at presenting the story of a very important chapter from the Sikhism that was started from Nanded, on the bank of the river Godavari. In September 1708, 10th Guru of Sikh Religion ‘Shri Guru Gobind Singh Ji’ visited that place and met a person namely ‘Bhai Madho Dass’. After this meet, the man felt the aura of Guru Ji, thus, became a disciple of Guru Gobind Singh, and Gurji initiating him into the Khalsa Panth and named him Banda Singh Bahadur, which is also called “Guru Da Banda”. Now let’s discuss the movie and see how much it is worth watching for you and your family especially kids. 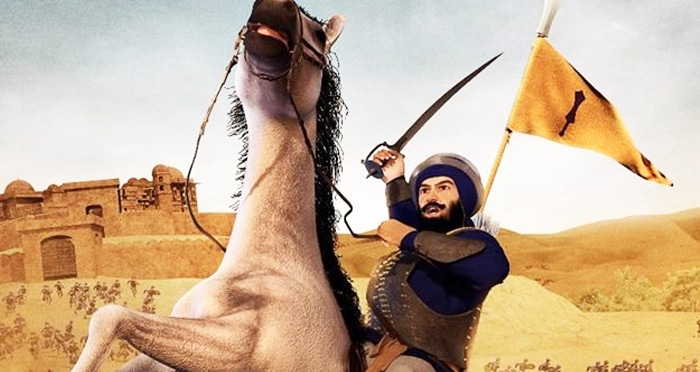 The direction of Jassi Chana has really done a wonderful work for the lovers of movies representing Sikh philosophy and history. Animation work is superbly applauding that this movie is one after the successful presentations of ‘Chaar Sahibzaad’e and the ‘Rise of Banda Bahadur’. Director has very intelligently done with the voice and the vocal section of this movie, also Satnam Chana has done with the screenplay, all this remains the audience connected with the movie.

The strongest part of this newly released Punjabi animated movie is its story. The hard work done to find the real facts of the story of this legendary fighter can be easily observed. The movie very successfully presents that how Baba Banda Singh Bahadur get armed with the blessing of Guru Ji and takes his authority of Guru Gobind Singh, came to the place Khanda in Sonipat for a motive to take the revenge and gave a lesson to the Mughal rulers of that period. Assembling a fighting force and leading the struggle against the Mughal Empire is strongly justified. Not only children from your family but you will also learn a lot about our great history and will get inspired.

Music of the movie Guru Da Banda is very solely designed. Taking the exact measures of Sikh feelings and rules, the movie is fully loaded with spiritual ‘Shabads’’ from the community’s legacy. The title track in the voice of Daler Mehndi will give you goosebumps in Cinema Halls.

Thus, the movie is a fantastic one to watch with the family. You will get emotional and motivated a lot, we guarantee. No doubt, you will have heavy eyes after knowing the various aspects of the movie. So make sure you are going to watch the movie along with the children.