A role model for so many artists and common people Gurdas Mann launched an anti-drug campaign for to fight against drug and to save people who are habitual of taking drugs.#GMagainstDrugs #TheChallaRequest are the hashtags which you can used on Social media platforms(Twitter, Facebook, Instagram, Google Plus etc) for supporting Gurdas Mann Anti-Drug Campaign. Salman Khan, Kapil Sharma, Honey Singh and Yuvraj Singh nominated for the campaign by Gurdas Mann.

However, On social media Gurdas Mann fans were confused whether this campaign really to fight against drugs or it’s for getting publicity. Because Entire Punjabi World knows that Gurdas Mann Supporting Ladi Shah who actually consuming drugs in tons and let youth indulge in it. So, Gurdas Mann Still left a question in the minds of people that will he continue supporting these types of people who indirectly destroying our youth? 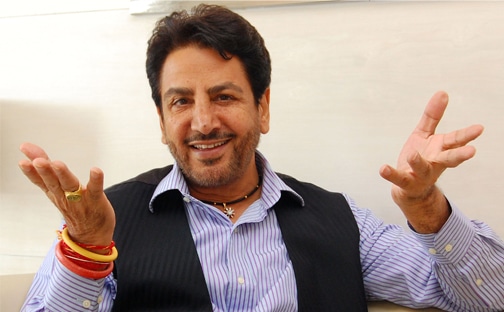 So, Please do comment below to let us know what you think about this campaign…

Some things to do before joining the campaign

* Do speak against drugs and Challa song by Gurdas Mann.
* Promote and request people to join this campaign.
* You have to Nominate at least 3 people who will spread this message up.