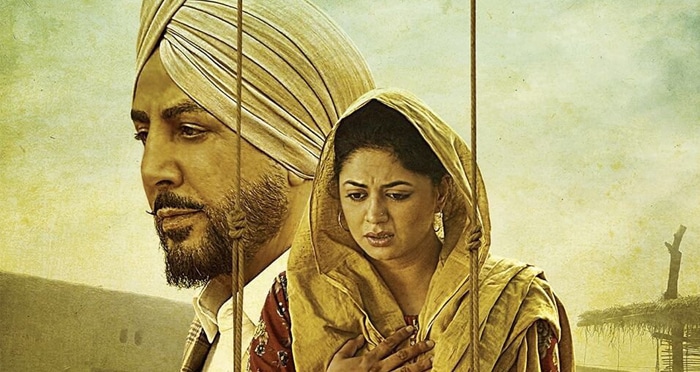 Nankana Movie Review: New Punjabi movie 2018 Nankana starring Gurdas Maan, Kavita Kaushik, Anas Rashid has been released today worldwide. It is a film by Manjeet Maan where the story depicts the situation of late 1941 – 1947 where the relations, bonds were weak and how people came across those tough situations that is why it is said “Nankana”, ‘above the religion’.

As the movie is also based on the powerful and strong bond between father and son it also focus is on the true fact that every person can’t get everything in life. The enthralling performance will definitely leave you in awe as its story is totally different than others. Where as Gurdas Maan’s character in this movie is spreading knowledge everywhere as he plays the role of a master in the movie named as master Karam Singh.

The latest songs of the movie are already out and are attracting the audience completely towards them songs like “Shagna Di Mehndi”, “Gidhe Vich”, “Ucha Dar babe Nanak Da” and most of the songs are pen down by Gurdas Maan and music is given by Jatinder Shah. Speaking more about the songs of the movie like “Gidhe Vich” it will make you feel ready to tap your toes with the awesome and energetic rhythmic beats of this joys and entertaining dance song performed by Kavita Kaushik with full of beauty and Elegance. It is a typical traditional folk song sung in the melodies voice of Gurdas Maan and Gulrez Akhtar.

The another song from this movie is “Ucha dar babe Nanak Da” that lets you enjoy the devotional feel of song that accompanies Punjabi religion observance and rituals. Song is a great composition of traditional and devotional music that is given by Jatinder Shah. This devotional song has soulful Punjabi hyms where Gurdas Maan ji sings.

Listening to this powerful Waheguru Ji special religious song that will definitely help you all to connect your God through forms of prayer and meditation. The movie will give you great message about the bond of humanity where you leave all the religions behind and help each other because first we are humans and then we are into a religion.