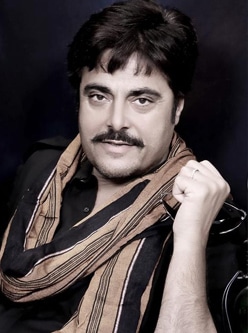 Guggu Gill real name is Kulwinder Singh Gill. He is a famous Punjabi Actor. He was born on 17 January 1960 in village Ghall Khurd, Moga. He has two sons Guramrit Singh Gill and Gurjot Singh Gill. He made his debut in film Putt Jattan de (1981). He is known for the villainous role which was played by him in Gabhroo Punjab Da (1986). He had worked with very famous artists such as Yograj Singh, Raj Babbar, Dharmendra, Gurdas Maan, Upasana Singh, Priti Sapru, Amrish Puri, Shatrughan Sinha and many more. In 1986, he won Best Villain Award for the movie Gabhroo Punjab Da. In 2013, Guggu Gill won Lifetime Achievement Award at PTC Punjabi Films Awards 2013. He has done over 70+ Movies.