A great news for all the fans of Gurnam Bhullar that he is up with his debut Punjabi movie ‘Guddiyan Patole’ with actress Sonam Bajwa. With the announcement of the movie and the release of first poster look of the movie the excitement could be seen amongst the audience’s. The movie is directed by Vijay Kumar Arora and produced by Bhagwant Virk and Nav Virk. Story of the movie Guddiyan Patole has been written by Jagdeep Sidhu. The movie will be released next year under the banner of Villagers Film Studio. Lead roles will be performed by Gurnam Bhullar and Sonam Bajwa in the movie ‘Guddiyan Patole’. 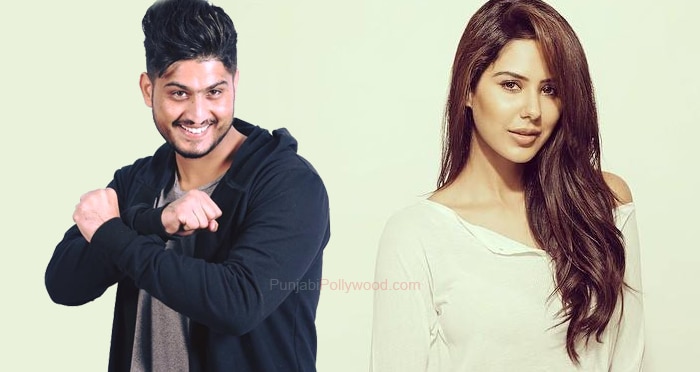 Recently we have seen Sonam Bajwa in the super hit movie ‘Carry on Jatta 2’ and through sources it is said that in Manje bistre 2 Simmi Chahal will be seen in lead role instead of Sonam Bajwa. But Sonam has a long way to go ahead in the Punjabi industry. As she is also becoming a heart throb for her fans because of her fashion sense. As we can see in the poster of the movie that Gurnam Bhullar texted Sonam Bajwa 2 years ago as a fan for her movie ‘Nikka Zaildar’ where she replied him after 2 years and asked Gurnam Bhullar to work with her in a movie.Gurnam Bhullar has recently released a single track after giving a superhit song Diamond, now it’s Phone Mardi that earned massive success and was appreciated by the audiences.

Gurnam Bhullar posted the poster on his Instagram profile and wrote caption that, a dream has come true for me and now we are announcing my first movie with my favourite actress Sonam Bajwa, by also thanking the producers of the movie and Ammy Virk. The start up of his career in this punjabi industry was the song titled as Heer Jiya Kudiya which was amazing after which he never looked back and got back to back hit songs for our punjabi industry.

It will be quite exciting to see Gurnam Bhullar as actor that how successfully he accomplishes his aim. As we all are familiar with the acting of the glamorous actress and fashion icon Sonam Bajwa, now it will be good to see how good Gurnam Bhullar stands out on the norms of acting. Movie will release next year on 8 march 2019.