After the tremendous success of his latest movie ‘Kaptaan’. Singer turned actor Gippy Grewal is all set to thrill the audience with his next movie of titled ‘Lock’, that is going to be unlocked on 14th October 2016. The first poster of the movie gets unveiled in a surprising way, from the poster movie looks like a suspense thriller. The film is said to be inspired from a Malayalam movie. Apart from Gippy Grewal, movie features Smeep Kang, Geeta Basra as well as Gurpreet Ghuggi in a prominent role.

‘Lock’ has been directed by Smeep Kang, who is well known for his comedy movies like Carry on Jatta, Lucky di Unlucky story and many more. Now he has decided to explore the genre of thriller movie. The film has been produced under the banner of Ek Rehmat Productions. With the look of the poster we can assume that this ‘Lock’ will surely unlock many suspense in it. So audience wait till 14th October to unlock the thrill of ‘Lock’. 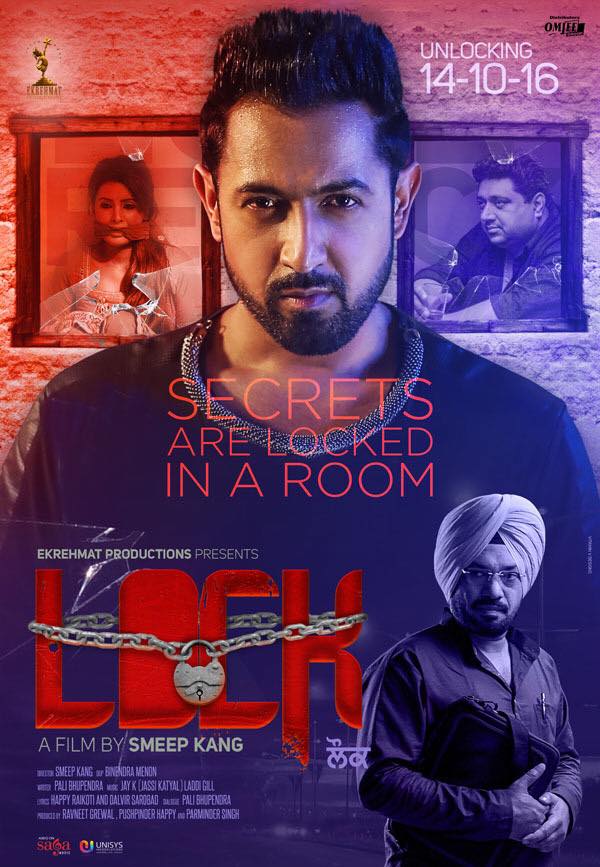