Riding high in glory, Gippy Grewal is all set to rock the music nation with his next project in collaboration with astounding Punjabi rapper Bohemia. 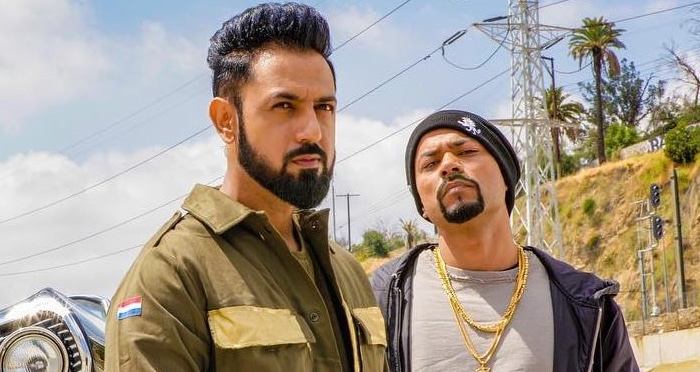 The Daaka star has come a long way ever since he initiated his career in 2002 as a singer. He has definitely carved a niche in the industry with his utmost versatility. Besides a singer, he is the most-loved actor as well as the successful producer. In fact, he enjoys a large fan base wherein his followers eagerly look forward to his forthcoming projects. Recently, the youth-icon unveiled his next project with one and only rap star Bohemia.

Gippy took to his social-media handle where he shared a video of himself with Bohemia. The video showed the former walking up to the latter on a street while singing their previous song ‘Munda Ho Gya Sharabi’ (release in 2010). Shortly, Bohemia gets into the frame and sings the rap from the song. And finally, they come together and announced their upcoming song.

Also, Gippy captioned the video as, “Something New with my bro @iambohemia @thehumblemusic.” Furthermore, both the stars are coming together after two years when ‘Car Nachdi’ song is released in 2017.

Well, we are eagerly waiting for their song, are you?