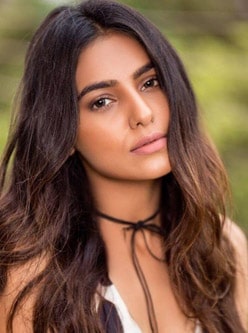 Ginni Kapoor is famous with cute nicknames like Dimple Girl and Dimple Queen. Her date of birth is August 22, 1992, and she belongs to Delhi, India. Ginni Kapoor’s family details are not a part of her biography. Her parents’ and brother’s name is unknown. However, she has a sister who is a model. Her name is Tanya Kapoor. There are no details of Ginni Kapoor’s marriage also. She has been a part of some famous videos of the Punjabi songs. In 2014, Ginni Kapoor’s debut song with the name of ‘Black Suit’ released. She was the model of the song. Preet Harpal was the singer of the song. She was also a part of the Bollywood song ‘Kar Hausla’. This song was released in 2017. In 2019, Ginni Kapoor debut film hit the screens. The title was ‘Baraat Bandi’.