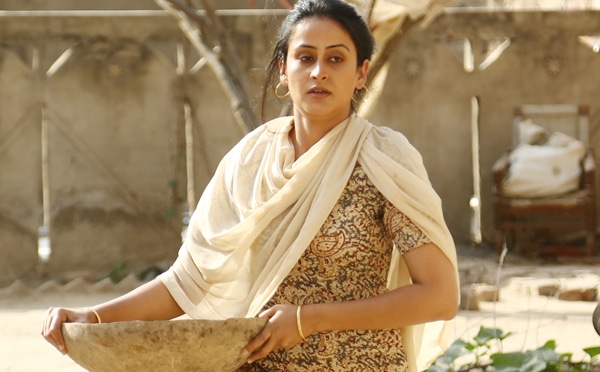 Jaswinder Cheema always did meaningful films in her career which audience always appreciated. Here is the latest review of Punjabi movie Gelo.

The film starts from character Gelo who is in jail for attempting Crime. Gelo is the nickname of Gurmel Kaur who belongs to Malwa cotton belt area. The movie revolves around Gelo and her love life, struggles, commitment, and self-esteem. Audiences get connected during the dialogue delivery by Jaspinder Cheema GELO. DO watch how Gelo one women should fight for her rights and love in a village.

Once again Jaspinder Cheema succeeds to get viewers attention in cinema. She has played an ultimate character in a film along with Gurjit Singh. Pawan Malhotra is a natural actor and that’s what makes him different and stand out of a crowd. Dilawar Sidhu also played a needful character in the movie along with another star cast.

Director Manbhavan Singh has done a great Job. He has made a good film in less budget and in various locations.

Music of the movie Kamli already goes viral on social media and attracted many for watching a movie. Top rated singers have sung music in Gelo.

First of all, If you like drama movie then it is going to be the best option for you. You will get entertainment, emotion and more importantly it will inspire you in life. Secondly, Please promote Punjabi cinema for giving you subject full movies.

The film failed to get a maximum number of screens on very first day which is actually not good for Punjabi industry.