Hi Friends!
The fact and connection between Bollywood and Pollywood is always mind blowing even in old Punjabi movies and in upcoming movies in Pollywood in which Bollywood stars also contributed a lot in movies. However, scenario is totally changed now a days because Punjabi film stars continuously making debut and getting offers in Bollywood.

After the huge success of Bollywood Movie PK some experts predicted that Amir khan will see in Punjabi movies soon But the man wants to pick Gippy Grewal in his upcoming movie “Dangal” in which Aamir plays a role of wrestler and a father of two beautiful daughters where Gippy Grewal will make debut in Bollywood movies. Amir khan invited him at home for his upcoming movie Dangal where Gippy Grewal was looking happy and also shared photo on Facebook about his visit and meeting. 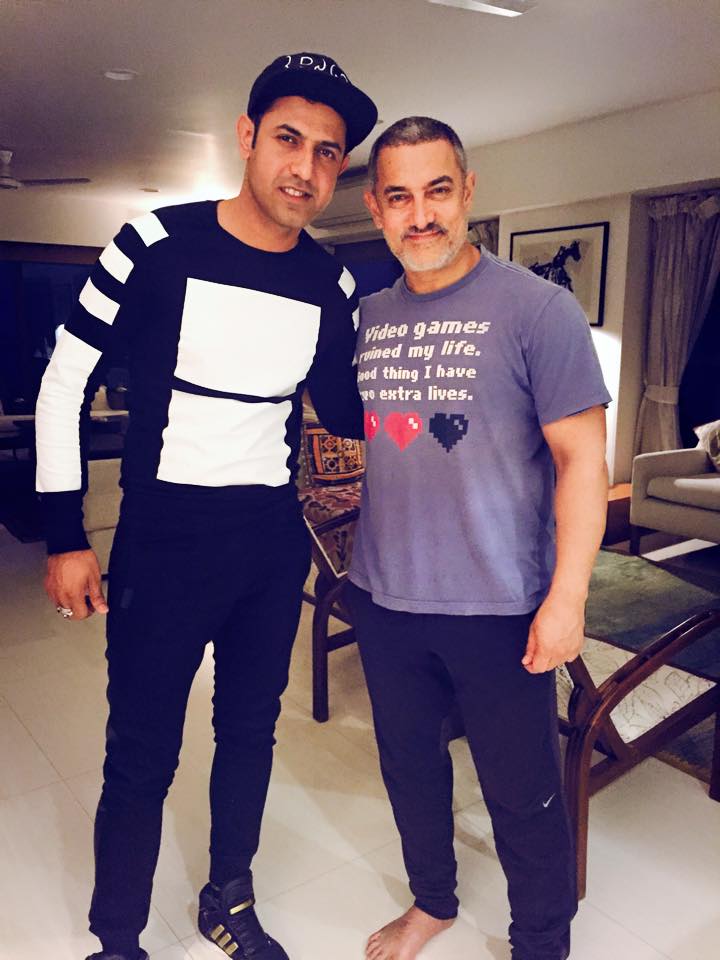 Director of the movie is Nitesh Tiwari.

Before Gippy Grewal seen with Bollywood actress Zarine Khan in Punjabi movies and now playing a role in Hindi movie Second hand husband as well. On the other hand, Proud of Punjabi’s Diljit Dosanjh will make debut with Alia Bhatt and Kareena Kapoor. Lets see if it will better for Punjabi Pollywood stars in future or it’s only trick of Bollywood to earn huge bucks in Punjab. Please share your views and comments in inbox and don’t forget to share this article on social platforms. Stay tuned with us and promote the pride of Punjabi’s.