Fall in love with Gippy and Sonam style in Manje Bistre 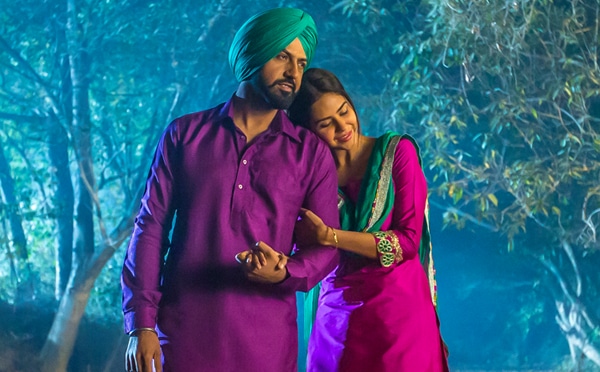 Superstars of punjabi industry are back in a new project titled as ‘Manje Bistre’. Gippy Grewal and Sonam Bajwa has been paired up for the recent one on silver screen. Both of them are on top when we talk about actors in Punjabi film industry. Once again audience will get to experience the acting of great actors. After making a notable singer, Gippy has also proved himself as a talented singer. Be it comedy or serious character, he is the one who can play it all on the screen of punjabi films. Gippy has made audiences fall for him with the movies like Carry on Jatta, Kaptan, Ardas, Lock, and many more as a lead actor. Along with the actor Sonam Bajwa has become the most popular actress of the industry. Every director and producer is eager to work with her.

In a very short duration, Sonam has achieved great heights in the punjabi film industry. Beauty with brain statement perfectly goes with Sonam. Hardwork and dedication to her work has made her an amazing actress of the industry. Sonam has been seen in movies like Punjab 1984, Nikka Zaildar, and many other. Mmanje Bistre seems to be exciting one with different theme as per the punjabi film industry. And the acting of these 2 actors will surely give another level to the story of the film. Gippy will be seen as a pendu boy of punjab and Sonam will be playing a character of desi girl from a village of punjab. Sonam’s character will be a shy one who fears to express her love to the boy. Whereas Gippy will be a upfront guy who always use to show his feeling for the one he love. Manje bistre movie will not let you come out of the theatres and the chemistry of both the actors will make you fall in love with them on 14th April 2017. Get ready to fall in love with desi style of Gippy and Sonam in Maanje Bistre that will be releasing on 14th April.