The young superstar of Punjab ‘Diljit Dosanjh’ is ruling the Bollywood industry. After the huge success of ‘Udta Punjab’, Diljit has signed the third movie Bollywood movie of his career that has been titled as ‘Kaneda’. The movie will be produced by the bubbly, Anushka Sharma and will feature Arjun Kapoor in the lead role. A source says that the movie will be a love story. Navdeep Singh will direct the movie and the shoot will start in next year. 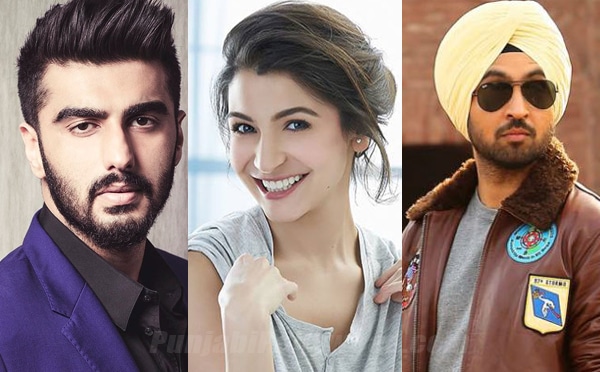 Diljit has already worked with Anushka Sharma in the movie ‘Phillauri’, which is also produced by her and is going get release next year only. Diljit is also working on a Bollywood movie titled as ‘Super Singh’, that is going to be released on mid of 2017. It seems that slowly and steadily ‘Diljit’ is becoming the favourite artist for the Bollywood industry. For now, Diljit is busy shooting for his upcoming movie in Punjab. So it’s a treat for the fans of Diljit that they can watch their favorite superstar on screens several times next year, that too in Bollywood films.