The news around the corner in the industry has been about the beautiful actress Taapsee Pannu who will be seen with Gippy Grewal in his Bollywood directorial debut. Punjabi audience turned their heads up with the news after Taapsee Pannu shared the silver screen with the superstar Diljit Dosanjh for upcoming Bollywood movie Soorma. After the release of Soorma, ‘Taapsee Pannu’ will start working on Gippy Grewal’s Bollywood movie. Check out for more movie details below. 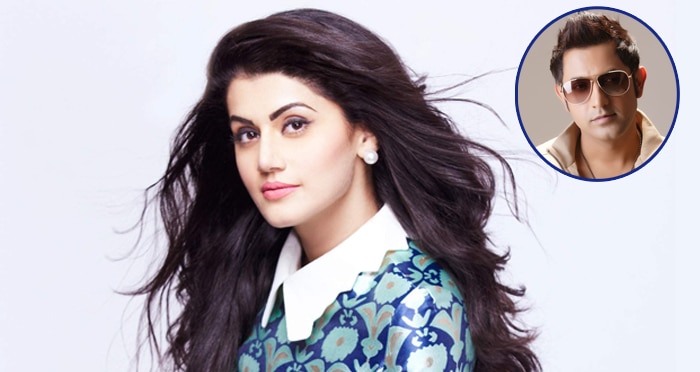 As per reports, it has been sure that Taapsee Pannu has signed the debut directorial of bollywood movie of Gippy Grewal titled as ‘Dare and Lovely’. After reading this script Taapsee said yes for the movie. Although an agreement for the same has not been signed yet but sources close to Gippy Grewal has said that Taapsee has nodded verbally for the upcoming project. Earlier Taapsee has appreciated Gippy Grewal’s work and have been seen wishing him luck for Subedar Joginder Singh Punjabi movie on her social media.

Gippy had already made an amazing entry in Pollywood with his debut direction through Ardaas Punjabi movie. Gippy also came up with his acting debut in b-town with second hand husband movie which somehow could not create a good response of audience but later, Gippy was seen in Farhan Akhtar movie Lucknow Central. As per now fans of Taapsee Pannu are eagerly waiting to watch her performance with Diljit Dosanjh for Soorma, that is to be released on 13th July 2018.

So, Gippy titled the movie as Dare and Lovely which will mark his directorial debut. As there has been no confirmation about the name of actor for the movie yet. Dare and Lovely will be a romantic comedy movie (romcom), which will be produced by Sunir khetepal. Where,Taapsee Pannu will play the role of a girl who is in seek of her roots.

The hardworking ‘Taapsee Pannu’ made her recognition the industry through Tamil movies. She had also worked for various modelling assignments in her career and commercials. With this level of Fame Taapsee became the brand ambassador for few of Reliance Trends, Coca-Cola, Motorola, PVR cinemas etc. After getting fed up with modelling Taapsee decided to come into Cinemas to get the right recognition for her acting talent. She has plans launch her sister Shagun Pannu into films as well soon.