Punjabi Industry has been launching the new age actor in the lead and this time its Dheeraj Kumar who has been debuting as a lead with the Punjabi film titled as Amaanat. Audience have enjoyed the character of Dheeraj Kumar in hit Punjabi movies like Rabb da Radio, Sajjan Singh Rangroot, Kakaji and many other in supportive role. Now he is busy shooting for his debut Punjabi movie Amaanat as a lead actor. 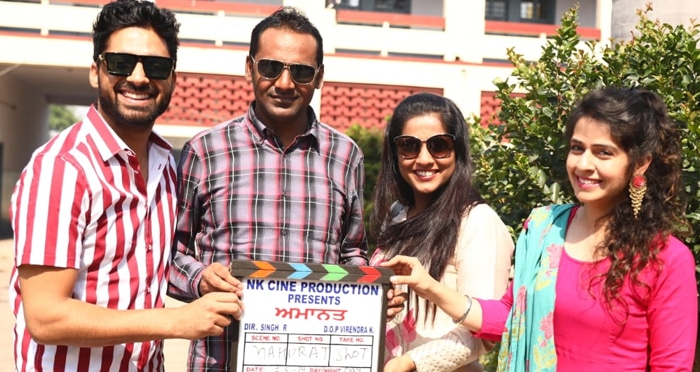 Along with Dheeraj Kumar, Asees film actress Neha Pawar will be in the female lead in the movie. Both the actors have been enjoying on the set, as they share numerous pics during the shoot on their social media page. Before signing for Amaanat, Dheeraj Kumar finished shooting for Hema Malini’s first ever Punjabi movie as a producer titled as ‘Mitti- Virasat Babbran Di’.

Upcoming Punjabi movie Amaanat has been directed by Singh R under the banner of NK Cine Production and Dharmbir Gurjar as well as Kiran Yadav. Along with Dheeraj and Neha, the screen will also be shared by Rahul Jugral, Rupinder Rupi, Mahabir Bhullar, Sanjeev Attri, Honey Mattu, Dilawar Sidhu, Mansi Sharma and Sukhi Randhawa. The movie is slated to release this year only, yet the release date is not out. We wish all the luck to the team of Amaanat.