Punjabi movie starring Dev Kharoud Dakuaan da Munda released with the amazing audience as well as critics review. From its first day till the first weekend, Dakuaan Da Munda grabbed houseful audience in the theatres. After the real story of Gangster Rupinder Gandhi, Dev Kharoud has again acted for a biopic but this time its the comeback story of a drug addict. On one hand, where the youth of Punjab is heading towards drugs, Dakuaan Da Munda movie has been an inspirational story of the person who bounced back to life from the hell. 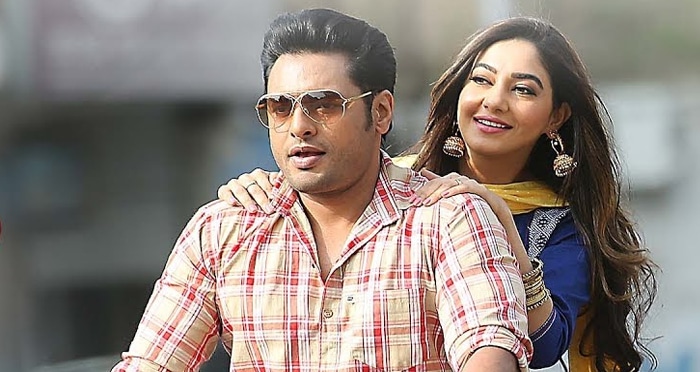 The story of Punjabi movie Dakuaan Da Munda is a real-life story of Mintu Gursaria and it has been derived from the autobiography. Not only a biopic but through the movie the makers have also aimed to inspire the drug addicts to come back to life from the well of hell i.e drugs. Although it’s not only about his journey, but the movie has also shown the ill-effect that a family of drug addict goes through. Director Mandeep Benipal has carried out the story of Punjabi movie Dakuaan Da Munda exceptional well on the screen.

Whereas when it comes to the acting part, the main lead Dev Kharoud as Mintu Gursaria held the audience hard in the theatres. Apart from main lead, Sukhdeep Sukh, Pooja Verma, Anita Meet, Jagdeep Sandhu have also left an amazing impression on the audience. Like none other than a Bollywood movie, Dakuaan Da Munda has all the emotion, action and friendship relation masala in one movie.

Whoever has watched the movie Dakuaan Da Munda has reviewed it as great and if you haven’t watched it yet, then book your tickets now and make your plan for the same now and experience the amuse of Bollywood movie in a Punjabi movie ‘Dakuaan Da Munda’.