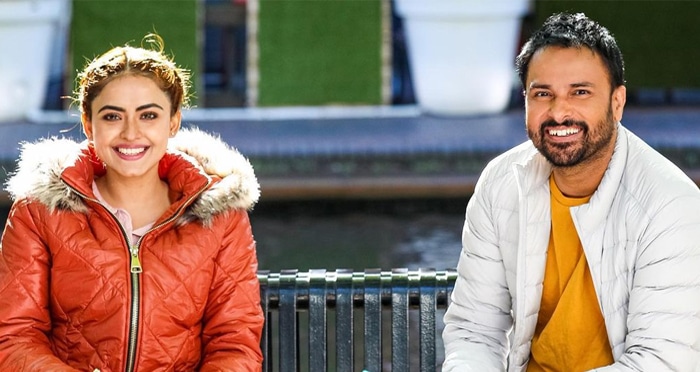 Chal Mera Putt was about the struggle of illegal immigrants, whereas part 2 revolves around the marriages confusion of Jinder and Savvy. The third part of the movie revolves around the wedding arrangement of Jinder and Savvy. Yes, finally they are set to tie a knot. Furthermore, to attend the same invitations are sent to Tabrej and Boota (who were deported back to their nation in Chal Mera Putt 2). Now, the struggle starts to get them back to the UK. Eventually, they end up taking the donkey route but will they be able to make it or not? Watch the movie. On the other hand, Jinder’s life takes a backseat when Savvy falls prey to a rare health disorder. Again, watch the movie to see will they postpone or cancel their marriage.

Talking about other characters, Bikkar chacha and Balwinder Singh (aka Billa) also suffer some family issues. But, together they tried to resolve every problem. Therefore, a glorious bond of friendship is displayed through the flick. All in all, the story Chal Mera Putt 3 is highly engaging and is peppered with twists and turns.

If we talk about the direction, the actors have been given their space to showcase their talent. No one has overpowered the other. Each actor was placed well as per the requirement of the script. There are few amazing shots in the film, where you will also want to visit the UK. Although somewhere the comedy punches seem to be unwanted and not so situational. But, the Pakistani Kalakars win every heart with their impeccable talent.

As Amrinder Gill and Rhythm Boyz are famous for situational music, this movie is not behind. Two new songs Channa Mereya and Painda Umran Da played as background scores. Heart-touching lyrics with the right connectivity make the music department quite powerful. Also, the song ‘Jithe Malak Rakhda’ will tickle your emotional muscle and may make you shed tears.

All in all, it’s a family entertainer with amazing situational comedy and funny tadka as well as emotions ka twist. So if you are in the mood to watch a movie this weekend, Chal Mera Putt 3 is the best option. Jinder and Savvy will never let you down with their love and little fights. What are you waiting for? Check out the seats of your near theatres today and book it now.