Finally, the highly-awaited Chal Mera Putt 2 hits the silver screen today. Opens to a packed-house, the Punjabi movie surpasses all expectations with its peculiar comedy and hilarious one-liners. Furthermore, the story highlights how illegal immigrant in the UK grind daily to make both ends meet leaving behind all the festivities and celebrations. Also, it leaves no stone unturned to portray an eternal friendship and love between people hailing across borders. Read on to know film’s inside details! 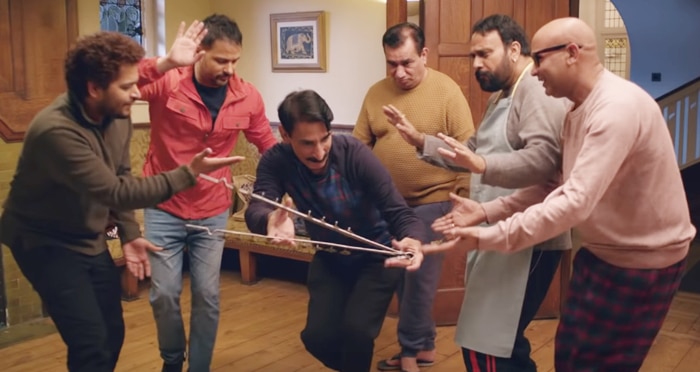 With a quick flashback of its first edition, Chal Mera Putt, the second kick-starts on the similar theme. It revolves around Jinder (Amrinder Gill) who stays with his five fellow friends. They strive for daily wages and work on multiple projects. In view to become a legal PR holder, they visit an advocate (Zafri Khan). But his high fees turn them down. Then a few days later, Boota and Tavrej  are proven guilty in a murder case. Now, will they held liable or will they escape the accusation or will they get deported, comprises the rest of the story.

In the parallel story, Savy (Simi Chahal) plays a role of highly supportive girlfriend who toils hard, earns decent, and always up to assist Jinder. But, their love story takes a sour turn when Garry Sandhu lands in UK to marry Simi.

The outstanding portrayal of the distinctive characters constitutes the USP of Chal Mera Putt 2. Besides the central couple, the entire supporting cast is bang on. The comedy, timings, and spontaneous expressions make it out-and-out family entertainer. The Garry Sandhu’s short role was pleasing. Zafri Khan as a lawyer acts brilliantly. His screen presence definitely uplifts spirits. Thus, on performance pitch, it earns a clear win. Janjot Singh, the movie’s director, plays a terrific part while giving an equal and effective screen to each character role. His direction enlightens the entire script.

Talking about the music given by Dr. Zeus, supports well the situational circumstances. The background score is both light-hearted and pleasing. The emotional touch in few songs adds the tinge of sentiments when one is living away from own families. Major part of shooting takes place in the UK, it looks fascinatingly breathtaking. A few portions of Punjab’s rural life are also demonstrated.

So, don’t wait further! Book your tickets and get over the corona gloom. This is a complete family drama that includes entertainment, endless fun, and laughter. Give your weekend a happy twist and enjoy Chal Mera Putt 2 with your loved ones!