Animated movie Chaar Sahibzaade in the words of Harry Baweja

It’s now 3 weeks ago animated movie Chaar Sahibzaade getting huge traffic in cinema halls worldwide. No, matter people are having time or not for watching this historic movie but still movie managed to hit almost daily average booking of more than 50 shows in city . On the other hand, there is rapid growth in viewers of Punjabi movies. Chaar sahibzaade accomplished so many achievements in short span of time where general audience knows the facts of Sikhs history and contribution of Guru Gobind Singh Ji and Sons (Chaar sahibzaade) toward nation and communities across India generally “Hinduism”. Speaking with Haary Baweja who spends more than 5 years to get Chaar sahibzaade on screens in which his family contributed a lot. Before, this history we only read in few books and story never ever came out of some books which really need to show to people who don’t know the facts of brave souls and this decision made baweja on the top of world. 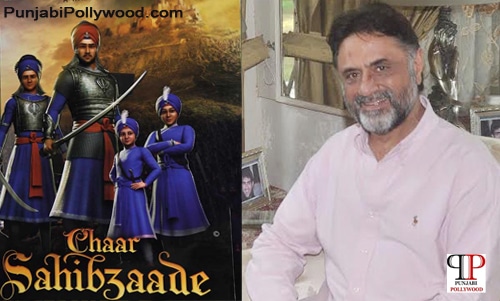 Mrs Baweja also indulged in the conversation where she shared the success of Chaar Sahibzaade. She said Mr baweja and all family members daily discussed about the dialogues during, Breakfast table and dying table at house from last 2 years and this experience was inspired baweja family and motivated him to move forward and give best.

Harry Baweja is quite happy with the reactions of audience also few days back baweja family got award from Gurudwara Nanded Sahib for giving this remarkable movie of brave four sons in Sikh history. Harry baweja said in future directors, producers who are planning to make movies on history can take easily step forward and who thinks that SGPC will not approved the movies now doors are open for that one’s also and through Chaar Sahibzaade now people are aware of the fact that if they can try hard and put efforts for get into screens should be possible and good news for upcoming movies and with animation one can present beautifully the history of great warriors of Sikhism.

He also mentioned that he putted his harmony and soul into the movie Chaar Sahibzaade and further believes that others can also make efforts and present something meaningful to audience. This movie is really huge inspiration for each and every people. On Box Office Movie is performing very well and kisses the amount of 30 Crore only in 2 weeks and almost every theaters and halls are booked fully people are waiting to get tickets and parents took children’s along with them to get inspiration and motivation for facing this world and to know about the history and Truth. Let’s see what happen next? Is there any movie in pipeline who will display on screens in upcoming days like Chaar Sahibzaade. If you want to know Please stay with us and get regular updates of Punjabi Movies.