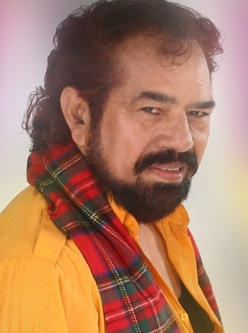 BN Sharma is another versatile name in the Punjabi comedy genre. An actor and comedian by profession, BN Sharma’s birth date is August 23, in Delhi India. His marriage has taken place and has one son and a daughter. B N Sharma’s Wikipedia page reveals nothing much about his family. In 1985, he did his debut TV serial was ‘Jeb Katre’. And after this, BN Sharma’s debut movie ‘Visakhi’, released 2 years later. BN Sharma has played the role of a police inspector in many movies like Carry on Jatta and interestingly, he has served the post of a Police Inspector in Chandigarh for a span of 25 years. This definitely might have helped in portraying the role on-screen really well. Another interesting fact about BN Sharma is that in the beginning face of his career as an actor, he used to play negative roles.