The oh-so-gorgeous Zareen Khan is all set to ablaze the silver silver with her upcoming Punjabi outing Daaka. She is one of the versatile  actors in the entertainment industry. The beautiful actress has outshone her roles in Hindi, South as well as Punjab cinema. Daaka marks her second project in the Punjabi film industry. Earlier, she presented a quirky role in Jatt James Bond opposite very talented Gippy Grewal. Since its release in 2014, the viewers believe Zareen and Gippy makes an incredible onscreen pair. Both the actors get into the skin of the characters they are presented to perform. 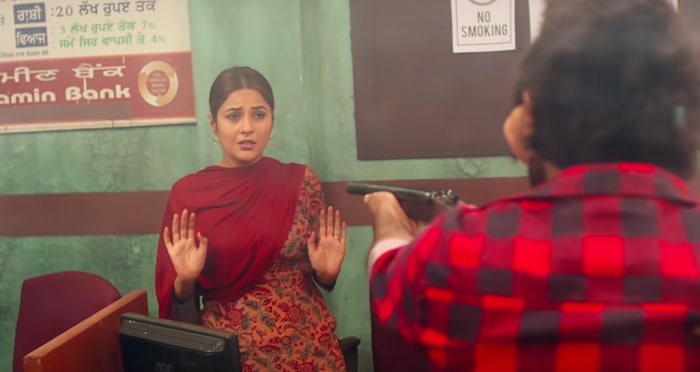 The trailer of Daaka is out and gaining substantial popularity among the masses. One thing in peculiar, it displays a reflection of one of the most favourite Bigg Boss house (season 13) contestant, Shehnaz Gill (Sana). Yes, the motor- mouth inmate will be showcasing her acting skills in the movie. Earlier she played a supporting role in the movie Kala Shah Kala.

Her Bigg Boss instinct is already garnering her lot of attention. The show’s followers are liking her weird (but hilarious) antics. Some believed that she is one of the strong contender and contributing highest in ringing up the TRP chart besides Siddharth Shukla.

Furthermore, ever since the promo-night of the show, she is hitting the headlines. From getting closer to Paras to never-ceasing fights with Mahira Sharma, Shehnaz is doing it all. Some says it is her strategy to remain in the limelight, while others think she is real and adorable.

Well, Shehnaz’s destiny is working wonders, we believe. One, she got an opportunity to work with highly graceful stars Gippy Grewal and Zareen Khan in Daaka. Secondly, she is locked up in Bigg Boss house with several popular television celebrities. Daaka is releasing on 1st November, 2019.