Babbu Mann is in new look

Famous singer and actor of punajbi industry is come in front of his fans with his upcoming Punjabi movie BAAZ. Before This he was doing A hindi project. Before sign this movie BAAZ. he was busy in his projects in which he has to look very slim and weak. Then Simerjit Singh ,Director of this movie called him for doing main role and he want Healthy person for doing such role.Babbu mann was played a role of inspector.Babbu mann has to look Healthy and fit for this role.He workout for day and night Continuosly 25 days to look good in the portrait of an inspector.Baaz a movie based on Police. In this movie shown i.e.How police struggles for being in system Sometimes. Simerjit Singh told that He need a Healthy Person to do this role and Babbu Mann worked passionately for it. 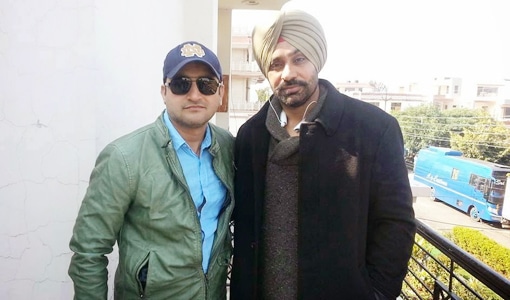