Babbu Maan’s new movie Banjara is in news right from its announcement. Indian television artist and Bollywood girl Shraddha Arya is sharing the screen as a lead actress with this multi-talented singer, actor, and writer of Punjabi entertainment industry. Normally the name of Babbu Maan is sufficient for creating hype among the Punjabi youngsters. But this time, actress Shraddha Arya is also getting the attention of the audience as the chemistry between these both actors is fabulous and creating hype between the young generations of Punjab.

This came in the notice for the first time when a video from the shoot of movie Banjara went viral. In which both of these stars can be seen dancing on a Bollywood song. Pictures of Babbu Maan and Sharadha Arya also got so many likes and shares on social media. With this, we can predict that the movie Banjara will introduce a new on-screen couple for Pollywood with good chemistry. 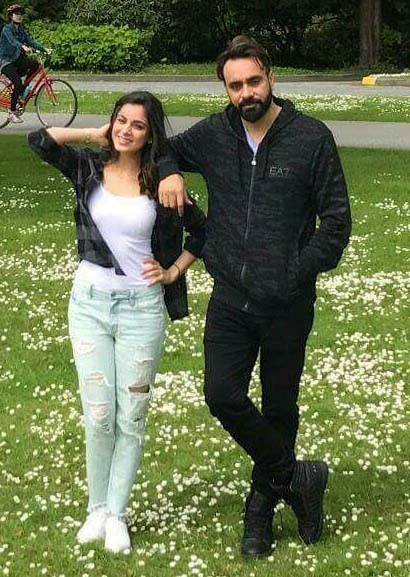 The name of Shraddha Arya may be new for you, but we the team of Punjabi Pollywood sensationally share with you that she is a renowned name from Indian television and Hindi cinema. She has worked in the TV show Kundali Bhagya of Zee TV and Main Lakshmi Tere Aangan Ki, Tumhari Paakhi, and Dream Girl. She was also seen acting in Hindi movies Nishabad and Pathshala. Having the story by Dheeraj Rattan, the movie Banjara is coming on this Friday (December 7th) and is directed by Mushtaq Pasha.