Asees Movie Trailer : A unique story of a mother and Son 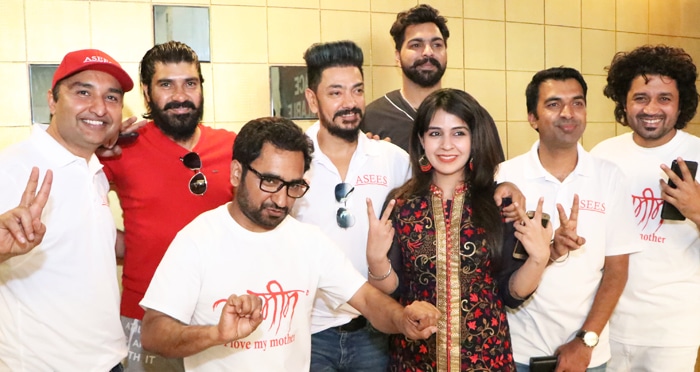 Trailer of the much awaited Punjabi movie Asees was released today. Renowned Actor and Writer Rana Ranbir, who is known for his versatility, is the director of this film as well. On this occasion, he describes the film by laying emphasis on the bond between a Mother and Son. The subject of this movie is unusual and is definitely going to bring revolution in this Punjabi Film Industry. This not only shows intense emotional scenes but is garnished with humor punches as well. Where the selection of the dialogues, songs, background score and screenplay have been shortlisted from a gamut of options and made it gel with each other in the best possible way.

Bollywood playback singer Pradeep Sran, sung a track by the name “Maa”- meaning mother, in the film .Other tracks in the film are sung by famous singers like Lakhwinder Wadali, Kanwar Grewal, Feroz Khan, Gurtej Akhtar and Kulvinder Kelly to name a few.

The Surprise treat to the eyes of the audiences will be the Guest Appearance by Super Star “Gippy Grewal” with a crisp and bold entry. Moreover, the film has a star studded cast, to name a few, Sardar Sohi, Rupinder Rupi, Seema Kaushal, Malkit Roni, Charanpreet Mann, Comedian Raghuveer Boli, Shavinder Vicky, Samuel John, Jaggi Dhuri, Ravinder Mandh, Shavin Rekhi, Dilraj, Uday and Gurpreet Bhangu who have distinctive roles to play and entertain the audience.Releasing in cinemas near you on 22nd June 2018.