Post to Anushka’s first successful production venture, NH 10, she is all set for her new film “Phillauri.” Starring opposite Punjabi sensational Diljit Dosanjh, the “Sultan” actress will reportedly play the character of a ghost in the film. In co-production with Fox Studios, the movie is directed by debutant Anshai Lal. It will also feature the “Life Of Pi” actor Suraj Sharma and the movie is set in Phillaur, Punjab.

Anushka’s role is more of a fun ghost in the movie than a scarier one. The movie is an uncommon love story full of humor. Diljit, who has made his presence felt big time through his latest flick, Ambarsariya, is all set to make his Bollywood debut with Abhishek Chaubey’s ‘Udta Punjab’ co-starring Shahid Kapoor, Alia Bhatt and Kareena Kapoor Khan. 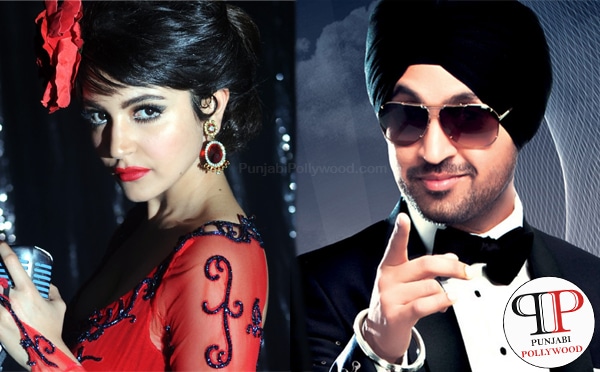 Reportedly Anushka’s film is planned to go on-floors in summer 2016. Sources close to the actress have went on to say, post to her break up with Virat Kohli, Indian Test cricket team captain, her zeal and excitement towards the project has only grown. The sauve’ actor Ayushman Khurrana added to the crew is only to add flames to glory. Lined up for her are her Bollywood flicks Sultan with Salman and Karan Johar’s Aye Dil hai Mushqil.

We wish her best in her new ghostly avatar as the star cast has set the stage abuzz and the audience are already waiting for more.