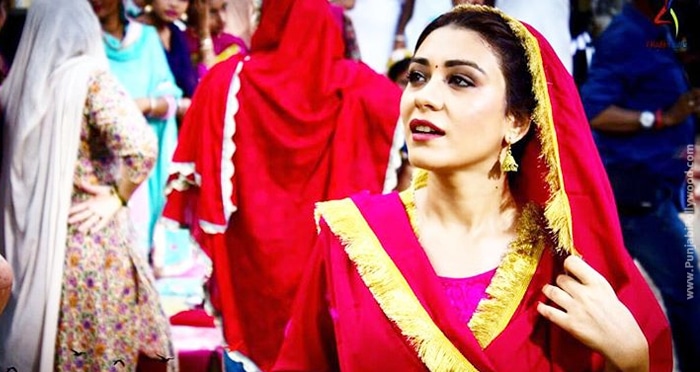 Anchal Singh the TV commercial actress is coming up with her debut in new Punjabi film ‘Punj-Khaab’. Anchal Singh has shared the screen with the ‘Sanju’ star Ranbir Kapoor for a couple of commercials. Anchal says, that the whole credit goes to Ranbir kapoor for motivating her to pursue her acting dreams. She has also worked in more than 350 TV commercials till now. Working for commercials gave her popularity around the industries.

Besides all the TV commercials, she has also worked for a Sri Lankan movie Sri Siddhartha Gautame where her commendable work was appreciated by the audience and critics. In the upcoming Punjabi movie Punj-khaab Anchal Singh is going to play the role opposite Monica Gill who is the lead role of the movie.

Upcoming Punjabi movie Punj-khaab is a women centric movie as, it will showcase the stereotypes and social stigmas that are prevailing in Punjab. The movie is directed by Gurcharan Singh and produced by Pankaj Batra. Film will also mark the pollywood debut of Ricky Khattra, who got popular via a TV modeling reality show. As the growth of Pollywood industry speaks out itself for continuous housefull Punjabi movies.

Artists from other regional industries are making their debut in Pollywood. Unlike Sargun Mehta, Payal Rajput, Prachi Tehlan who have already remarked there position in Pollywood industry.The buzz that the famous actresses of South Industry ‘Kajal Aggarwal’ might debut in Punjabi film “Kala Shah Kala”.