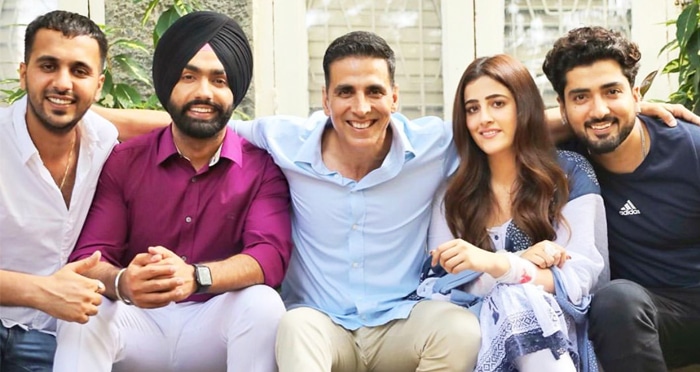 Basking in the glory of his recent release ‘Nikka Zaildar 3’, the actor Ammy Virk is all set to turn up the heat with the forthcoming music video opposite the stunning Nupur Sanon (Bollywood actress Kriti Sanon’s sister).

The video is directed by famous Arvind Khaira and the music is given by super talented B Praak. Another and important highlight of the video is the presence of the Khiladi Kumar of Bollywood, Akshay Kumar. Yes, you read it right!

Since the massive success of the song ‘Teri Mitti’ from Akshay Kumar starrer movie ‘Kesari’, B Praak (singer of the song) shares a strong bond the former. Also, Akshay is delighted to work with Ammy Virk and Nupur. The title of the music video is ‘FILHAAL’ that sounds to be a little emotional, but everything is under wraps so far.

A fascinating fact to be note here is Akshay Kumar who came so long in the film industry is going to make his debut in a music video. The actor is known for his discipline life, dedication, and abstract movies. Talking about his recent graph that majorly incorporates biopics and social-issue based films, a music video is no less than a spice!

Looking forward? Stay tuned for further updates on the same.