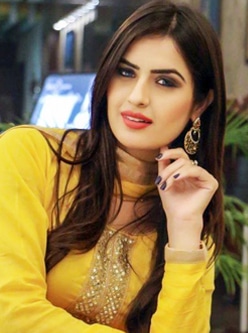 Aman Hundal is a great model and actress who has delivered great performances in the Industry. Her date of birth is July 16, 1993. Her place of birth is Chandigarh, India. From a very young age, Aman possessed a keen interest in the field of acting, music, as well as dance. Her Wikipedia page reveals none of Aman Hundal’s family details. The only detail which is available is that Aman Hundal is unmarried, as per her age. Aman Hundal’s professional life includes her debut both as a model and an actress. In 2014, She did her debut song. The name of the song was ‘Tera Time’. However, her debut film was titled as ‘Dulha Bhatti’. This movie hit screens in 2016.