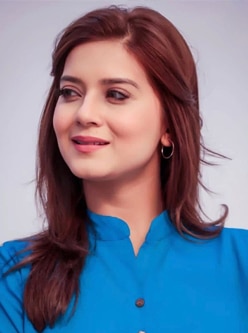 A model and an actress of the Punjabi Industry, Aakanskha Sareen has been seen in may music videos. Her date of birth is January 17, 1993, and she was born in Nangal, Punjab. Her nicknames are ‘Aku’ and ‘Aki’. As per Aakansha Sareen’s biography, her father’s name is Ravinder Sareen. Her mother is Rekha Sareen. Aakansha Sareen’s family includes her brother also. Aakash Sareen is the name of Aakansha Sareen’s brother. Her marriage has not taken place.

Aakansha Sareen’s debut song as a model was ‘Jaan’ in 2014. Happy Raikoti is the singer of this song. And, Aakansha has done her Punjabi debut movie ‘Dulla Vailler’. The Punjabi movie ‘Angrez’ that released in 2015 also stars her. She has also done ‘Mitti Virasat Babbran Di’. This movie has been produced by veteran actress Hema Malini. As per her age, she has justified her talent very well. ‘Dil Darda’ and ‘Paune Ath’ are other famous Aakanskha Sareen songs.